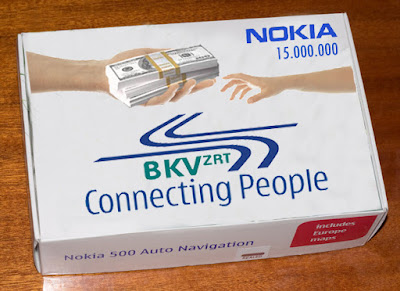 The prosecution’s narrative and the indictment were based on the testimony given by Zsolt Balogh, third defendant. However the testimony was withdrawn by Balogh, meaning that the case was dropped for the CEO of Synergon. It is important to note that for some reason the prosecution did not carry out any investigation into Lazarovits’s case and did not questioned him at all in the two and a half years passed between Balogh’s giving testimony incriminating Lazarovits and its being withdrawn.

The Synergon Information Technology Plc. was a real predator of its sector, the one single player who could achieve success competing with the large foreign companies. Recently we can talk about more its history than its story, since on the 22nd of December, 2015 the company’s general meeting decided for its winding up - termination without legal successor.

Its winding up was not the greatest scandal over the company, but the Hagyó-case. Interestingly, by the time the prosecution had been initiated the company ceased to exist. However, the myth of the Nokia-box became wedded to Synergon.

The Hagyó-case in a nutshell: according to the testimony given by Zsolt Balogh, then CEO of BKV, Synergon wanted to have 30 million HUF delivered to Hagyó – deputy lord mayor - by Balogh. The amount was referred to as the “commission” on a software licence agreement of 300 million. In 2008 and 2009 Balogh met Márk Lazarovits, CEO of Synergon, many times – Lazarovits was supposed to hand over 15 million HUF hidden in a Nokia-box at one of these meetings. During questioning the CEO of BKV, arrested in spring of 2010, stated the story of Nokia-box to be true several times. The most significant part of the indictment was based on these statements, therefore the allegation immediately collapsed when two and a half years later, in October, 2012 Balogh withdrew his statements.

What is the most understandable part in the whole proceedings is that during the above mentioned 30 months the prosecution failed not only to extend their investigation to the CEO of Synergon but they missed to question Lazarovits, although according to the prosecution’s narrative besides being the most important witness in the case he should have been suspected for the case of bribery.

Between 2013 and 2015 Lazarovits was the executive director of Costes Ltd. established by Gerendai. In spring, 2017 fortune finally smiled on the former Synergon-executive - who did business for billions with Hagyó-like socialists before and also proved to be untouchable for the prosecution: Lazarovits became a member of the board of the biggest energy company in Hungary.