BKV case: or professional, either proficiency


The BKV former communication manager knew it later that he was arrested than they said this information in the news – turned out on the Tuesday’s hearing of the Hagyó case. Zelenák Tibor denied his guilt in every count and he showed other thwarting about the investigation. According to the professional communicator the indictment is just a neither „mischievous assumption”, what based on statements what the prosecution has nor professional, either proficiency for phrasings like this. 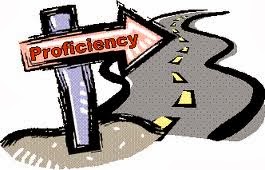 On Tuesday the BKV case’s hearing continued with the hearing of Zelenák Tibor, IX. accused, on the Kecskemét Court. The former communication manager of the BKV maintained his investigation testimony, and he made another testimony which was added to the before one. According to the accusation, Zelenák made unneeded contracts which caused damages for the BKV, and he verified unreal achievements. The professional communicator denied his guiltiness and he said, he never made any offence ever in his life.

Zelenák showed himself on the court as a simple, hard-working, father of 3 children, whose life was revolutionized since this case exploded. The professional was in pre-trial detention for 51 days, and he told long about the detention’s circumstances. He told them, how they put him together – according to his standpoint, anomalously – with beefy/huge, recidivist and violent miscreant/criminal offender, how they transferred him from one fusty/stuffy lockup/pen to another, and to a third one because of the bedbugs. Győri György was hearing Zelenák’s words with a smile, for what a lot of defendants were indignation, and they told this to each other in the break of the hearing. According to Zelenák, he said that the reasons for the pre-trial detention wasn’t even realistic because with 3 children and with a wife the danger for the escape is irrelevant, together with the danger of the collusion, because he had 4 months for this at large/when he was still free. Zelenák for that matter was at the service for the investigators from the beginning of the process.

The professional communicator responded for the charges that the prosecution says communicational statements without they draw in a professional and without having special profession, so the indictment with this can only define as a „mischievous assumption, opinion” and its miss any profession. Zelenák reminded that with a lot of contracts – anomalously – he was accused without imputation and questions.  The defendant denied several counts in a long time and in details, with the basis of the profession, in a lot of instance he even made suggestion for proof. He draw the attention that in several cases they think of a pursuit/work that it’s a crime, when those are reasonable, it’s needed in the life of a company like this, moreover, the present leadership of the BKK use the same communicational strategy what they used in the time of Hagyó-Demszky.

Zelenák, similar to his defendant fellows he talked about arm-twisting investigation. According to his statements a policeman told him, that „there is a way for agreement and then he can go home to his family earlier”, but he didn’t respond for that. He said, that at the time of his arrest, he asked the investigators to call his wife, because he didn’t want her to know it from the evening news. The policeman responded that „stay calm, your arrest was already in the 4pm news”, the only one who didn’t know about it was him. The professional communicator said that after the pre-trial detention he didn’t get a job which is similar to his profession, so how he was planning for the trial, he was working in Switzerland as a gardener and as a canning worker/packer in a stock in Germany.