The Man Who Created the Hagyó Case


I have written extensively about the BKV case and the severance payment scandal in addition to the current case against Miklós Hagyó.  However, the two cases, though connected to the same company, involve very different alleged crimes and suspects.  Since Mrs. Eleonóra Szilágyi Szalai was the original suspect for receiving misappropriated funds, how did Mr. Hagyó become involved?  The answer lies within the words of one man. 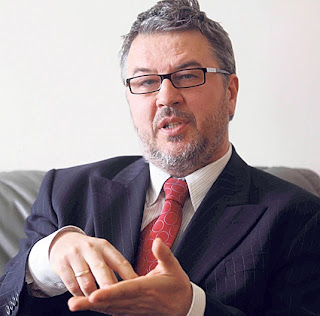 Balogh entered BKV in April 2007 as an Investment Manager which required of him to oversee the preparations and executions of new projects.  A short while later in October 2007, he transferred to the position of Deputy Engineer Manager and Under Secretary to the acting Director Attila Antal.  After Attila had fallen seriously ill, Balogh was promoted by the BKV Board of Directors to serve as the Interim Director of the public transportation company in February 2008.

According to a source familiar with the public company, there were 15 board directors: nine members from SZDSZ, another four were from MSZP, and the remaining two were appointed by the MSZP government.  Mr. Balogh served as the Interim Director until September 2008 when István Kocsis was elected by the Board of Directors to act as full-time Director.  At that time, Balogh worked as Kocsis’s right-hand man.
As a result of Balogh’s public accusations that Miklós was involved in bribery and misappropriation of public funds, Miklós was detained by the Budapest Police.  Even though no formal investigation had been conducted, the only evidence for the alleged crimes were the public statements made by Zsolt Balogh, Miklós was subjected to pre-trial detention.
While Miklós’s pre-trial detention was maintained without supporting evidence by Judge Mária Szívós, Zsolt Balogh was given full-control over the Public Transport Company in Pécs, a beautiful city of around 160,000 people in southwestern Hungary.  This promotion has been noted by many as peculiar considering Balogh’s upper-management roles at BKV during the severance payment scandals.  Further speculation has arisen from Balogh’s skeptics since Pécs’s local government is controlled by the Fidesz party.