The “Hagyó Case” is an all-around scandalous affair. Billions of Hungarian forints, which were “public” money, were allegedly misused. Politicians and business men alike are pointing accusative fingers or throwing their respective hands up in seemingly innocent defense. 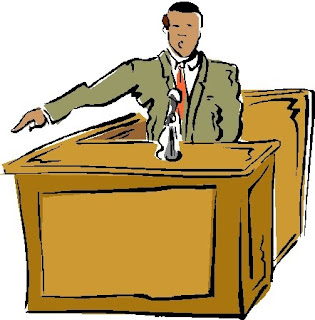 And though the Hungarian judicial system has yet to determine this from that within this moral conundrum, one conclusion has been simple: Some people profited at the expense of Miklós’s time in pre-trial detention. I mentioned Balogh Zsolt’s suspect promotion in my last post. Another woman professionally progressed, perhaps, even further.
Unfortunately, there is not an abundance of public information about Szívós. One can gather from the Hungarian Constitutional Court (Alkotmánybíróság) website that she was born in 1949 and graduated from the Faculty of Law of József Attila University in Szeged in 1978. After working as a lawyer for nearly a decade, in March of 1994 Szívós was appointed to Judge within the Court of the 2nd and 3rd districts of Budapest, which involved criminal cases. Acting within the capacity of an Investigative Judge, Szívós did not make final decisions on cases. Instead, she made was an authority on investigative procedures such as issuing search warrants, executing restraining orders, delivering pre-trial detention, etc. In July 2002 Szívós was appointed Judge to the Criminal College of the Court of Budapest where her scope, though still consisted of pre-indictment procedures including pre-trial detention, was broadened to include immigration issues and matters of contravention. In April 2007 she became a member judge of the Court of Appeal of Budapest where, since March 2008, she has served as the president of the Criminal Council of that court.
With regards to Szívós judicial style, the public domain, once again, lacks sufficient data to form a clear picture. There is, however, a loose thread, if you will, in the form of pre-trial detention rulings. In order to understand her stance on pre-trial detention, some history must be presented.
According to the European Court of Human Rights (ECHR), Hungary has violated Article 5 of the European Convention on Human Rights 12 times since its indoctrination into the European Union in 2004. Article 5 of the Convention mandates the right to liberty and security, in general the ability to live a safe life without harassment from official authorities if one abides by the law. Therefore, on twelve occassions the Hungarian judiciary had illegally subjected someone to pre-trial detention without sufficient evidence. Although Hungarian law prescribes anonymity for a judge ruling on matters such as pre-trial detention, one can assume that Szívós was involved in at least some of the Article 5 violations because of her major roles in the decisions of pre-trial detentions in Budapest.
As much of a hard-liner as she appeared to be, however, Szívós sang to a different tune in 2006 when she freed from pre-trial detention a group of rioters who had burned vehicles and attacked police in response to the Ferenc Gyurcsány’s private speech. Gyurcsány was the socialist (MSZP) Prime Minister who had allegedly been recorded during a private meeting saying that the socialists had lied to win the 2006 election. Gulyás Gergely, the chairman of the investigating sub-committee and a Fidesz loyalist, praised her by saying, “(Szívós) was one of judges who acted especially positive in the decision of the pre-trial detentions.”
Perhaps 2006 was the point when the seemingly obscure judge had grasped the attention of the Fidesz party? Or maybe it was in the Miklós Hagyó pre-trial detention when, once again, she returned to pre-trial stickler? After all, Miklós had been subjected almost immediately to incarceration without any formal charges brought against him. His defense had appealed the detention three times, and all three we denied by Szívós who claimed that a police report clearly showed Miklós’ intent to flee the country. This report, of course, never surfaced. After his nine-month-long detention Miklós was finally granted leave in the form of a three-month-long house arrest.
In the wake of the Miklós detainment and the controversial judicial reforms which were part of the Fidesz-drafted Fundamental Law, Szívós was elected by the Fidesz parliament to serve as a member of the Constitutional Court. Within the legal sector, a seat on the Constitutional Court means you have made it to the top. As far as Szívós’ qualifications for this position are concerned, the Hungarian Civil Liberties Union (Társaság a Szabadságjogokért) determined a Constitutional Court member must actively pursue an academic and/or scientific project which aids in bettering the Hungarian legal, on top of the appropriate legal experience within constitutional law. According to the HCLU, Szívós technically does not fit the bill.