In the hearings period of the BKV case, which is became called as the Hagyó case, the defendants and the witnesses in the case recalled their testimonies which was the biggest storm stirred.

The police documents are bristles from the caveats. The defendants brought the attention to the court for falsely dated, lost documents and for documents which can have the forgery suspicion. 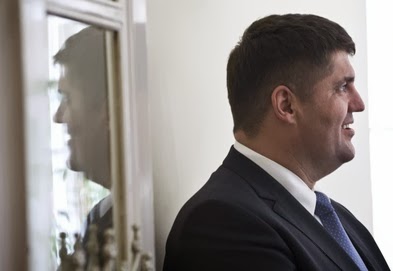 Our blog started a series for the explorations of these malfeasances. On the fifth round please get to know another case’s defendant – which known as the airport bribery- , György Sziebert’s story, observations.


György Sziebert: „across from me on the opposite side of the table sat one police officer on the right side and one on the left side, and then they started a conversation with me off the record where among other things, they told me that it was Thursday and if I make any incriminatory testimony against Gábor Demszky or Miklós Hagyó or István Kocsis, then before the following Tuesday they would release me.”

György Sziebert was attending in front of the court in another case – which known as the airport bribery – but in his questioning as a suspect they tried to induce him to make a testimony in the BKV case.

The former legal director of the BKV and the Budapest Airport was talking about concept trial in the criminal suit against him. The police wanted to induce him to make an incriminatory testimony against the former leaders of Budapest. He emphasized that he was an intelligence contact person, and in his testimony he denied the accusation about the bribery in a criminal organization.

From the investigation documents which was attached to the trial he had the similar conclusion what the BKV case’s defendants had which is running in the Kecskemét Tribunal. According to him the police investigation and the more than 9 months pretrial detention was based on a „police concept”.

He was arrested in December, 2009 and after his arresting on the next day he had a suspected questioning, then the next one was on a Thursday in February where after his lawyer left the police took him to a dark room where they turned to him with that if he says incriminatory testimonies against Gábor Demszky former lord mayor, against his socialist deputy, Miklós Hagyó and against the CEO of the BKV, Gábor Kocsis, he can be home on Tuesday. They did it just shortly before the 2010 elections. 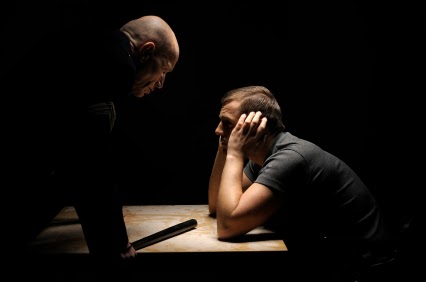 Then they confronted him that his kid is only 1 year old and that he can even get 20 years. This was repeated in March, then in August in the Central Investigating Attorney General’s Office his interrogators were mostly asking incriminatory information against Hagyó and his defendant-associate, Ernő Mesterházy, and they didn’t even asked him about the airport accusations.

„The main reason of my 9 months pretrial detention was that I would feel in a vulnerable position and then to give incriminatory information against other people” – said György Sziebert.

Here you can read a few quotes from the testimony of György Sziebert:

„So, on the 7th day of December 2009 I went into custody and for almost two months they did not communicate with me. They did not interrogate me. At the beginning of February 2010 sometime before the 10th, they took me to an interrogation with the airport police. It was during the afternoon when my continuous interrogation was quickly conducted. There they announced to my at that time lawyer Dr. Gyula Zámbó that the hearing had just finished. (…)

When the lawyer left the airport, a member of the airport police told me that I should remain because they would like to talk with me. It was a scene from a classical movie: the room was dark. Perhaps there was no window, or because it was winter and it was in late afternoon about 5 or 6 pm the room was absolutely dark. A lamp was lit on a table, and across from me on the opposite side of the table sat one police officer on the right side and one on the left side, and then they started a conversation with me off the record where among other things, they told me that it was Thursday and if I make any incriminatory testimony against Gábor Demszky or Miklós Hagyó or István Kocsis, then before the following Tuesday they would release me.

I told them that it is very interesting that without a lawyer, but they told me that this is off the record and that it is only helping my interest. I repeat it again, that they had not talked with me for two months before this. My conduction about that I have two little children and one of them is under one year, and that they will arrange that I will be there for 20 years, because everybody incriminated me was going on for about 1-1.5 hours.


One of the most interesting sentences was that everyone accused me, and it was 100.000 % that I would be in pretrial detention for a very long time. I asked, for example, who were the accusers? They said, for example, Attila Antal also talked about criminal cases which were connected to me, but loosely connected with the BKV. I said that was very interesting, because Attila Antal's employment at the BKV Ltd. had ended three months before I got to the BKV Ltd. After they told me that okay it wasn't Attila Antal, but except him everyone. (…)

One month later, the script was all the same, (…) at that time there was a representative of the airport police who said that he would continue the previous conversation and that he added a few new names to the previously mentioned three names: Gábor Demszky, Mr. Hagyó, István Kocsis, and he added that if I said anything against Mr. Mesterházy, Sándor Futó (who was an adviser to the managing director of the BKV) or István Veres (who gave taxi services) I could rapidly go home, plus they said to me that this was the last time they would give me this chance, so I should think about this because if I feel like I could not help them, even though they said that I could, then they would arrange for a long pretrial detention.”

AND WHICH IS PROBABLY”MORE IMPORTANT” THAN THIS:

György Sziebert was contacted by the Central Investigating Attorney General’s Office’s two prosecutors – one of them was Katalin Kutron – who gave to understand that before his official hearing he has to get ready from 7 different topics from different articles. In a proper cooperation they held him out with the ceasing of his pretrial detention.

Other partials from György Sziebert are in court testimony:

For the question of the lawyer of Miklós Hagyó 1st accused: About his concrete hearings he said that in June, 2010 in the Nagy Ignác Street in a place what you described two prosecutor from the Central Investigating Attorney General’s Office contacted you. I would like you to identify them. Do you know who are they?

The question of the lawyer of Miklós Hagyó 1st accused: Could it be Katalin Kutron, team leader prosecutor?

The question of the lawyer of Miklós Hagyó 1st accused: I would like you to recall and try to tell us in details what they told you. I would really ask to try to tell the exact saying what they said with the marking of the person that personally who was it who said that and what she said.

Witness: (…) it was clearly gave to understand to me that, marked exactly the 7 pieces of topics in which they want to talk to me about, and that they don’t want to talk with me in other topics not even accidently, because there are things what I don’t know about, and they don’t want me to know about those because they don’t want to make the numbers of the defendants higher, and that the extension of the case would be bigger, more difficult, regarding that if I cooperate properly then they will reach at the Main Prosecution that in September, in the 9 month hearing that house arrest or ban of residence leaving, I can’t remember exactly for this but the point which was really important to me that after 9 months my pretrial detention would ceased.


The question of the lawyer of Miklós Hagyó 1st accused: In the point of what topics are we talking about there was any note in writing?

Witness: No, but I can memorize for 7 topics.

The question of the lawyer of Miklós Hagyó 1st accused: Then let’s try to recall it now.

Witness: From the investigation matter it can be seen what the 7 topics were.

The question of the lawyer of Miklós Hagyó 1st accused: What can you recall?

Witness: That how did I get there, the so called consultative contracts, questions about the ceasing of the labor relations of Elenonóra Szilagyi Szalainé, the severance payments which didn’t go into the fulfillment. Questions about Éva Horváth, now this is the 5 which I can remember, there were two more, I really don’t know, it was about 7 pieces, that’s sure.
(…)

The question of the lawyer of Miklós Hagyó 1st accused: Try to specify from your recollection that what preparing matters did you use

The question of the lawyer of Miklós Hagyó 1st accused: Only newspapers?

Witness: Yes. I didn’t really use any other. In the pretrial detention I didn’t get anything else.

The question of the lawyer of Miklós Hagyó 1st accused: You had 3 questioning between the 11th and 26th of August, 2010. There are records about those, but before the questionings how did you get from the Venyige Street to the Central Investigating Attorney General’s Office’s building.

Witness: They woke me up in the morning and as usually they took me there by car.

If you want to read more about these coercion interrogations please read our other articles connected to this: