The smear „clown” campaign against the leaders of the opposition united leaders can be even 100 million forint for the CÖF-CÖKA organization which organized the Peace Marches. For the first wave the country was infested with huge billboards, and on the last week they started to spread their 16 pages colored publication in 4 million copies.

This is shows the opposition leaders in the clown composition which is well known from the billboards. The cost of the campaign is covert by the CÖF-CÖKA. As they still debtor with the cost of the „They ruined the country together” action in the end of 2012 which is focused on Gyurcsány and Bajnai. 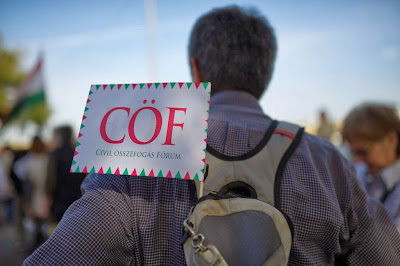 Lot of people march with the CÖF, but the supporter is little  PICTURE: ISTVÁN BIELIK


Because in the name of the „civilian” László Csizmadia answered to our paper for the question about their present cost he answered that „we don’t declare in this cases because we said it more times that we are settling and we can be settle”, the Népszava tried to guess the costs for the campaign books. It made us harder that the Hungarian Post Office Ltd. didn’t want to tell us the cost of the spread.

On their website according to their official rate is net 4,5 forint to allocate to the target the advertisement publications, which would mean gross 22,86 million forint, but the Post Office reported that this price is only available for the ”public senders”. (According to our information the Post Office asks from the parties a near tariff as the public senders tariff, which based on the amount in 2010 it got 3,5-4 million „campaign message” to the houses – the editor.) If the state company wouldn’t give a preference for the CÖF-CÖKA which is campaigning for the Fidesz then it would cost 14-16 million forints.


It was on August 6, 2011 that I reported on Hillary Clinton’s apprehensions about the state of democracy in Viktor Orbán’s Hungary. She talked about the two-thirds majority that “offers the temptation to overreach. It can … allow for important checks and balances to be swept aside, and valid objections from citizens to be ignored.”

This is why “the United States and other friends” are urging Hungary to pay special attention to the drafting of the cardinal laws. “The most important of these will pertain to an independent media and judiciary, and free and fair elections. The system cannot be permanently tilted to favor one party or another.”

Elsewhere, also during the same trip to Hungary, in a conversation with leaders of the opposition she reiterated that holding “free and fair elections” is a prerequisite of democracy. If that principle is violated, we can no longer talk about a free and democratic society. She practically told the opposition leaders: let’s see what happens. Until then, we cannot do anything.

Well, the national election will be held on April 6, 2014, and it can easily happen that it will be anything but fair. It will be a system that is “tilted to favor one party.” Foreign observers will most likely not find wholesale cheating, although even that possibility cannot be entirely ruled out, but the constantly changing laws over the past year or so are destined to tilt the playing field in favor of the governing party.


Here are a few worrisome signs that Viktor Orbán is planning to determine the outcome of the election through rules and regulations that are disadvantageous to the opposition. Let’s start with the introduction of a system that forced all the opposition forces to form a united front against one highly centralized and monolithic party, Fidesz. Getting the divergent parties to agree to a common platform took a long time and gave an undue advantage to Fidesz. Second, the redrawing of the electoral districts greatly favors Fidesz. Third, according to the Hungarian constitution the president alone can determine the date of the election within a certain time frame and naturally János Áder, a former Fidesz politician, picked the earliest possible date, which favors the government party. He did that despite the fact that a later date would have allowed the government to hold the national and European parliamentary elections at the same time. Another reason for not holding the two elections simultaneously was Fidesz’s desire to have a low turnout at both elections. A low turnout favors Fidesz.
További bejegyzések »
Bejegyezte: Unknown dátum: 23:00 Nincsenek megjegyzések:

The Hagyó case had been replaced to Budapest – Népszava article 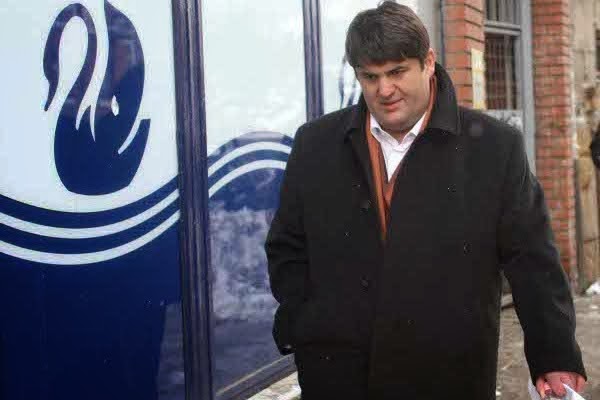 As it known: Handó Tünde, the president of the National Judicial Office (the wife of József Szájer, who is a Fidesz representative of the European Parliament) in 2012 appointed the Kecskemét Tribunal for the continuance of the process. In the meantime the provisions of measures were eliminated by the Constitutional Court which was the basis of the appointment – with the references of collision with the basic law offence and international contracts.