Yes, he was, but the accusation was unfounded and made long after Balogh’s testimony and Hagyó’s arrest. During his custody, he was not inquired about the nokia-boxes at all. Hagyó and Balogh were confronted on September 14, 2015. Hagyó stated that he has never received money from Balogh, however Balogh kept to his story and refused to answer to any questions. At that time, Balogh was already defended by István Szabó Dr., who was referred to as “the lawyer of the Fidesz” in the media.


He was accused of the box only on August 30, 2010 although Balogh made his first statement about the boxes in March. A whole season passed. Moreover, Hagyó was not inquired in relation with the boxes during his custody.
További bejegyzések »
Bejegyezte: Unknown dátum: 4:14 Nincsenek megjegyzések:

A couple of minutes after the National Assembly had been established, Hagyó was arrested at his home. He was handcuffed despite the fact that he had declared his intention to cooperate to the police in advance in writing, furthermore there was no intent to escape shown. Hagyó was remanded in custody which was prolonged three times without – all together for 9 months - considerable justification by Mária Szívós and the prosecution led by Imre Keresztes. Hagyó turned to the European Court of Human Rights in Strasbourg for remedy. Meanwhile he was also accused of being in an unlawful relationship with his partner. They decided in his favor in both the cases.

What were the reasons for Hagyó’s custody?

The related orders usually referred to the intent to escape and hide as the reasons for Hagyó’s keeping in custody. His custody was prolonged by Mária Szívós basically simply repeating the same reasons. Hagyó finally spent all together 9 months in custody based on rather doubtful reasons.


How did the Nokia-box effect the parliamentary elections?

The smear campaign against Hagyó had significant role in the two-thirds victory. The new Fidesz-led government appointed Tünde Handó as the president of the National Office for the Judiciary, Péter Polt as the Chief Prosecutor of Hungary, Mária Szívós as signatory judge, furthermore they established their authority over the media with the help of the media law. As the Nokia-box had an influence on the election, the election also had an effect on the Nokia-box case, as the above mentioned appointees played a significant role in the progress of the BKV- and Hagyó-case.

Thanks to the Nokia-box legend has the left-party been associated with corruption?

Yes, it has. After Zsolt Balogh’s statement the whole nation was shocked. At the time of the 2010’s election the Nokia-box became the symbol of corruption in the public awareness. The idea of a corrupt, left-liberal and rotten government developed by the right-party related media seemed to be proved for people criticizing the Gyurcsány-government. As a result of the smear campaign the left-party not only lost the elections, but Fidesz was able to obtain the two-thirds majority.

How did the press pick up the story of the „Nokia-box”?

One month before the parliamentary elections Zsolt Balogh begun to give interviews about the Noki-box, but only to the right –party related media. First, in the Magyar Nemzet, later on the Hír-TV the smear campaign continued. The Nokia-box, however, became more and more magic, since the former Chief Executive Officer’s statements on the exact source of the money and the circumstances of the delivery itself were changing day by day. These contradictions were never spotted by the investigators, although they were the only one aware of all the versions of the same story. For the audience only the official statements were available. By this time Balogh’s incriminatory statements were considered to be facts.

When was the first time when Zsolt Balogh talked about the Nokia-box?

The first “out-coming” took place one month before the parliamentary elections. 6 March 2010 the full interview done by the righ-party media appeared in the Magyar Nemzet with the title “I handed over the money to Hagyó in a Nokia-box…”

Did the BRFK proceed correctly in the BKV case?

During the trial of the BKV case the accused claimed one by one that their testimonies  - incriminating both themselves and the other accused, primarily Hagyó – were given under coercion. Some of the accused called the procedure a show-trial, others simply described the incident as a political showdown.

Does it mean that before the court the accused and the witnesses gave different testimonies from the ones they had given to the investigators?

Yes, it does. What is more, the testimonies heard at the trial in Kecskemét are in a sharp conflict with the ones given in the investigation period. The vast majority of the main defendants and witnesses unsaid their testimonies given in the investigation period and they gave a new testimony before the court. The testimonies incriminating others were stated to have been given as a result of police threat, in exchange for their release, under humiliating circumstances, furthermore they had been given under direction and coercion.

When did BRFK start the investigation?

Although there were no condemning investigations at BKV before 2008, BRFK entered the campaign in 2010. One day after Hagyó resigned from BKV’s supervisory board Gábor Tóth police chief informed the transporting company about continuing criminal procedure. Police initiated the arrest of Szalainé 90 days prior to the elections and kept on accusing BKV persons. The investigation landed in the hands of Hagyó’s former political rival: György Pető used his position to recruit managers of some companies owned by the capital before the municipality elections, who were supposed to be informants to the police.

There were really no condemning internal investigations at BKV?


Really there were not. Two internal investigations stated in 2008 that all the contracts of the affected period are ok. Supervisory Board accepted the investigation of the Internal Supervisory Department on October 16, 2008 with respect to that those reports contained the entire advisory circle and there were no ascertainments that would have requested further steps to take. The general meeting of 2008 accepted Zsolt Tiba’s report (capital clerk) with the attachments which were reports on the contracts between BKV and AAM Zrt.


How did Hagyó react to the scandal?

The press was emphasizing that BKV-case would be Hagyó’s downfall. Fulfilling MSZP’s request the Deputy Mayor resigned from his positions. He said that he did not want to weaken the left-wing with his own battle. He also added that time and justice are good friends and he could face with both of them.

Why did Hagyó fulfill the request of the capital presidency?

The politician said that he did not want to weaken the left-wing with his own battle.

Who wins with the scandal?

The case came in handy to FIDESZ before the elections. They turned almost immediately to the Attorney General, 6 days after the scandal burst out. Everyone who may be familiar with the Hungarian political situation knew that BKV-case was very important with regard to the 2010 national elections. Hagyó resigned from BKV supervisory board in August, 2009. MSZP announced that they trust in the innocence of the Deputy Mayor but on the contrary they asked Hagyó in February, 2010 - in the middle of the election campaign - to resign from every title he had. 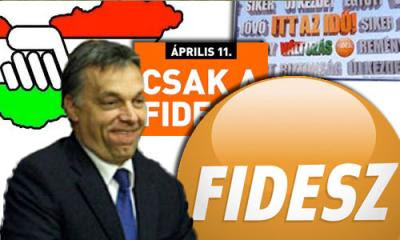 If MSZP trust in Hagyó’s innocence, why did they have him resigned?


Knowing the position fights inside MSZP it is not surprising that the national management did everything possible to shrivel Hagyó from the fourth place of the regional list. They were insinuating and leaking in the press however they claimed Hagyó to resign only when it was published that two BKV managers took incriminating testimony against him.

Let’s jump back until July 23, 2009 when BKV-scandal exploded in connection with the dismissal pay of Szalainé Szilágyi Eleonóra, former HR director. Hagyó, who was on vacation at that time, immediately ordered an investigation in this case. According to Magyar Nemzet daily BKV concluded unnecessary contracts and paid excessive dismissal pays. Now we are aware of the fact the BKK still concludes these kinds of contracts so far. Of course the press barely wright about this and nobody has been arrested accordingly. 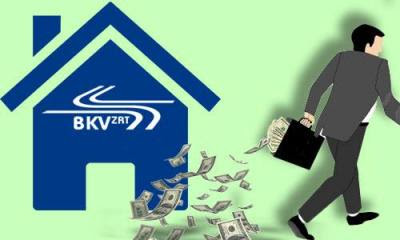 What did experts say about the necessity of the contracts?

How did the money jump into the Magic box?

Nokia box is magical because every time the money jumped into it in different ways. Firstly Balogh accused Synergon that the company paid royalty to Hagyó and he gave over the half of the 30 Million HUF bribe – of course in a Nokia box. However he stated to the press that the money was put together by managers of different companies which were close to BKV. It was not just the source of the money but the circumstances were also magically different. He took over once in a garage, in a car in another time and once he saw the content of the Box or who knows.

Then from where did the money come due to Balogh?

One of the most magical characters of the Nokia box is that the money jumped into it every time in different ways. In his first interview to Magyar Nemzet daily on March 6, 2010 he said that BKV managers put together the money when they knew the time when Balogh delivers. This contradicts to his first testimony on February 24, 2010 when he confessed that the 2*15 Million HUF came from Synergon since the company allegedly paid royalty to Hagyó in order to win the software license tender.