When did it turn out that the story of the Nokia-boxes is not more than a legend?

On October 9, 2012 the story took an unexpected turn: during his court hearing Zsolt Balogh unsaid his statements on the Nokia-boxes. He was called by Judge Ibolya Hadnagy to declare if he keeps his investigatory testimony. Balogh said that he keeps the one given before the court. About his significantly different investigatory testimony read out by the judge he said he had stated incriminatory things in it in order to meet the needs expressed by the prosecution and avoid prison: “I am not a hero. I did not want anything else just to go home.” Later, in March 2015 he completely withdrew the story of the Nokia-box and he apologized to Hagyó spending nine months in custody for his earlier false statements on him. Finally, the prosecution did drop the related investigation, admitting that the statements on the Nokia-box cannot be supported with evidence. 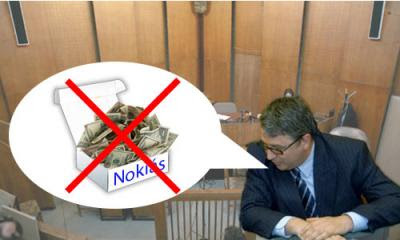 Why is it particularly significant that Balogh unsaid his testimony?

Because the whole Nokia-box scandal developed from his statements. Among others, this is how the story about the bribes delivered to Miklós Hagyó, former Deputy Lord Mayor, on several occasions by Balogh got around. The indictment of the BKV-case also based on these statements just like the two counts against Hagyó.
További bejegyzések »
Bejegyezte: Unknown dátum: 4:34 Nincsenek megjegyzések:

Did Miklós Hagyó admit the charges against him?

The moment when Miklós Hagyó gave his testimony before the Court of Kecskemét was waited for impatiently by the media and the public as well. In his testimony Hagyó rejected the charges brought against him including the Nokia-box related statements. Moreover he drew the attention of the court to more inaccuracies in the indictment. In the indictment more dates are inexact and it was compiled without questioning him or other executives involved in the case about the Nokia-boxes during their pre-trial detentions. 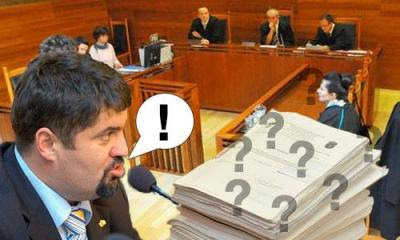 Why did not the indictment fulfil the formal requirements?

The crime of bribery and blackmail described in Count II of the indictment is too general; also it fails to refer to the exact location and time of the delivery, in other word the situational elements necessary for the concretization are missing from the document. Therefore the charges against Miklós Hagyó which are related to the Nokia-box do not fulfil completely the requirements of the legal criminal procedure, which would ensure that the prosecution be brought only based on proven and concrete facts of the case filed accordingly in the Indictment. However, there are issues concerning the provability of the indictment, as the interrogatees reported the influence of the investigatory statements.
További bejegyzések »
Bejegyezte: Unknown dátum: 4:10 Nincsenek megjegyzések: