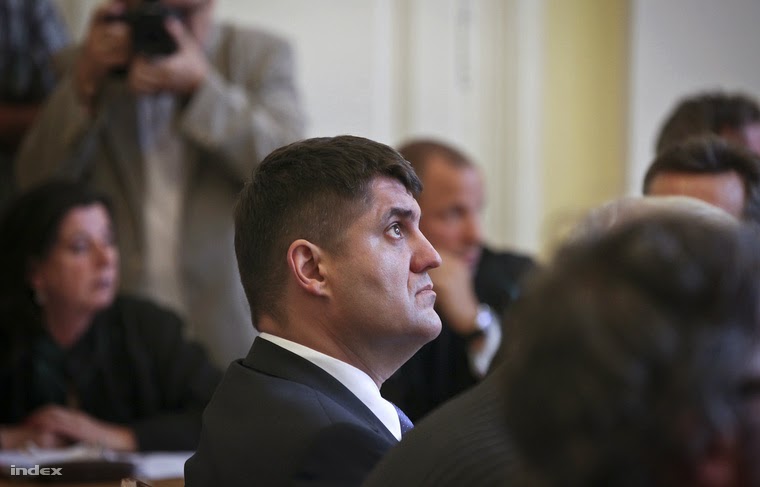 For reminders: in the verdict of the court from April 23rd, 2013, it pointed out that Hagyó was only allowed for months to come out from the overcrowded cell for an hour per day even with his asthma and respiratory disease. They only raised the stay on the fresh air after half a year, even the doctors suggested it before.


This goes beyond the trials what the prisoner has to suffer from the fact of the limitation of freedom of rights and because of this it came up against the 3rd clause of the prohibitions of the inhuman treatment of the European Convention on Human Rights.


Hagyó was arrested on the 14th of May, 2010, minutes after the meeting of the new Parliament. The confrontation which was 4 months later was memorable because the partials of the record slipped out to the Magyar Nemzet before the self-government election. These partials from the record were Zsolt Balogh’s statements about the mortal fear and about the so called circumstances of the money giving and about the confirmation in the Héviz-lake. In the 4,5 hour long record Balogh also talks about the certificate of the completion in the case of the local train’s passenger informant system, about the contract with the AAM advisor company, respectively about the time when he was working as the proxy CEO.

Zsolt Balogh after the confrontation didn’t reply – for the advice of his lawyer – that how his statement about giving twice 15 million forint to Miklós Hagyó came from. So the confrontation of the two suspects ended without avail: Hagyó, who evidently was in weak physical condition denied everything. Two years later (in October, 2012), on the hearing of the case in Kecskemét he withdrawal his incriminatory testimony about Hagyó and about other suspects. The court however felt needed to screen the record (which had sound mistakes) of the confrontation in the period of the hearings.


For these the lawyer of the first accused says as a reflection: when they arrested Hagyó he already indicated that his client needs medical examination. He emphasized that they only did the medical examination 4 months after the arrest and 1 day before the confrontation, where they established health damage in the case of Miklós Hagyó. After the confrontation the former politician’s condition was so bad that he had to be in the prisoner hospital for 3 weeks.


The 4th accused, Zsolt Balogh explicated in his observation: he doesn’t maintain his testimony from the confrontation. He only did it because he also did it in his investigation testimony: that they won’t arrest him as the others. He felt that he could only stay released if he says incriminatory about Miklós Hagyó. Hagyó never ordered him into any outlawry; respectively he never gave him any money. He said sorry to the former politician. The case continues next Tuesday…