BKV defendants: Kocsis can be in the background


BKV defendants: Kocsis can be in the background

The defendants of the BKV case asked questions to the present leader of the communication at the transportation company about Kocsis István, the former CEO of the BKV.  From the answers of Székelyné Pásztor Erzsébet who has an old work relationship with Kocsis it turned out that the inside audits/inquires which established the accusations were frivolous, and at the time of Hagyó and his fellows the communication of the BKV wasn’t unneeded what the indictment states.

Székelyné Pásztor Erzsébet had to answer for embarrassing questions (who is the present responsible director of the social communications) on the Tuesday’s hearing of the Hagyó case on the Kecskemét Tribune. The defendants with the questions what they asked from their former colleague they unambiguously tried to prove that in the background of the expedition/campaign which is against them it’s Kocsis István the former CEO of the BKV. Székelyné for answering the questions she admitted that for the inside audits/inquires which established the accusations of Kocsis they had little available time and in more case the audit/inquiry could not be substantial. She mentioned as an example that they had dismissed audit results in a case in which – although they couldn’t find the entire documentation in the record-office of the BKV– on the internet it can be still found the typographical turnouts which proves the compliance of the contract. 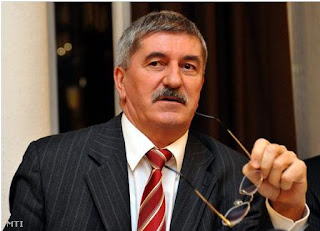 As it known the height of the BKV scandal was the accusations from Kocsis István and the investigation process which was the consequence of that. Székelyné admitted that Kocsis István proposed a leader position when she joined the BKV and they already worked together before in the nuclear power station of Paks. During the investigation Székelyné made incriminatory testimonies against the more of the defendants. Now she admitted that the transportation company did and does the communication tasks what the prosecution consider as crime in the case of Hagyó and his fellows. For answering the questions she said that up to this day they vend BKV (and BKK) souvenirs what return profits for the public transportation company. She firmed that under her leadership they sponsored sport and culture and they signed contracts with the same companies in several cases as the defendants before.

Székelyné firmed the thereon standpoint of the defendants in the questions which is connected to the Well Ltd. (and which is a basically influential accusation) that the campaign of the Combino and the other assignments weren’t unneeded. Székelyné stated in the concerned contract that there were only form mistakes in the documentation, by this time she didn’t talk about the suspicion of malfeasance. Moreover, she also firmed that she also extended contracts with the Well Ltd. but she doesn’t remember for 2,5 or 5 million net/month. The defendants in the break of the hearing talked about that they don’t think it is a coincidence that Székelyné since the departure of Kocsis from the BKV „she forgot a lot and now she is in the same professional opinion with the defendants”. According to them Székelyné in the time of the expels and accusations she was acting on as the trust person of Kocsis and with her testimonies and statements she acted on the expectations from Kocsis, but now she doesn’t have that strong defense. The responsible director of the social communications didn’t deny that in that time she followed all the orders from her former boss.
NÉPSZAVA - information