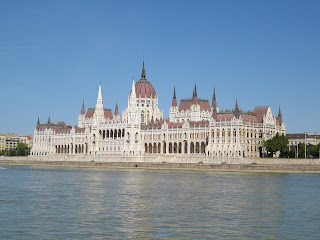 WHILE THE European Union has been focused on the debt problems of Greece and Italy, a potentially more profound challenge has been developing in the Central European nation of Hungary, a former part of the Soviet bloc that now belongs to NATO and the European Union. Hungary, which still uses its own currency, the forint, is flirting with insolvency. Its 10-year bonds have been fetching interest rates near 10 percent, far above sustainable levels.
But Hungary has another problem too: Its right-wing nationalist government has launched an assault on its democratic system of government. Using a two-thirds majority in parliament, it has pushed through a new constitution as well as a series of fundamental laws that give the ruling party sweeping powers over the judiciary, the media, churches and the central bank. With the new charter and laws taking effect Jan. 1, the government of Prime Minister Viktor Orban now more resembles the autocratic regimes of Russia and Belarus than fellow E.U. democracies.
Some 270 judges are being forced to retire, and sole authority to name their replacements has been given to a close associate of Mr. Orban — who also may choose the courts where cases are assigned. All but 14 religious denominations have been denied official recognition; those losing tax-exempt status and state school payments include the Episcopal and Methodist churches, several Jewish congregations, and all Muslim sects. A leading opposition radio station was denied a license by a new media board controlled by Mr. Orban’s followers. Electoral districts have been redrawn in such a way that the ruling Fidesz party — which lost two of the last three elections — would have won all three.
Mr. Orban has ignored mounting criticism of these initiatives by European and Western governments, including the Obama administration. Instead, he pushed through many more laws during the last weeks of December, including one that strips the central bank of independence and another that fixes flat tax rates in a way that will make it hard for future governments to alter them. This has given leverage to the European commission, because E.U. treaties require central bank independence. With the Hungarian government in desperate need of financing, Brussels and the International Monetary Fund have made clear no help will be forthcoming unless the laws are changed.

At first defiant, Mr. Orban has now dispatched a negotiator to meet with the IMF in Washington; over the weekend he hinted that he might retreat on the central bank. But the European Union, which is due to consider Hungary’s case this week, should not limit itself to the financial sphere in pushing back against Mr. Orban’s concentration of power. The new laws governing the judiciary, religious bodies and the media are incompatible with basic human rights and democratic checks and balances. For the European Union to tolerate them in a member state would be a breach of the community’s essential character.