Abandoned: Where Were Miklós’ Allies?


An interesting part of this puzzle, the Hagyó Case, which I have yet to discuss concerns the reactions of Miklós Hagyó’s former political brethren, the MSZP (Magyar Szocialista Párt). 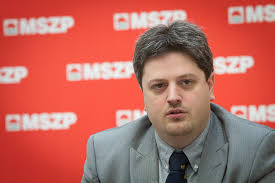 He was the Deputy Mayor of Hungary’s political pulse, Budapest, he was a member of Parliament, the major policy-making body in Hungary, and his rise to power and fame is comparable to that of a shooting star in the dark, night sky: His emergence was fast and bright, his impact was known, and his presence was wondrous (see here for Miklós’ history).
Given the constant competition between MSZP and its counterpart, Fidesz, one would think that Miklós was a strong asset for the socialist party. His former party’s actions are curious, then, with regards to the accusations against him; he was basically abandoned by his MSZP allies. In a formal statement to the press, the MSZP spokesmen at that time stated that they collectively decided through the voting process that the party did not want the charges against Miklós to be associated with the MSZP. In the same statement the spokesmen also said that they had given Miklós a few days to put forward his official resignation from his positions as Deputy Mayor and as a representative of the party, otherwise they would begin the resignation process for him.
On one hand, the actions of MSZP are understandable. The corruption associated with the past socialist system was at the time and still is fresh in the minds of the Hungarian voters. If this is the case, however, why did Tibor Szanyi, a current socialist representative in Parliament, say in a statement to MTI on March 25th, 2012 that Miklós was innocent, MSZP never suspected him as guilty, and Miklós had never seen a Nokia box – the object in which Zsolt Balogh said he gave Miklós 15 million forints of public money which were allegedly misused by Miklós for personal and political gains.

Although on the surface, at the macro level, politics is portrayed as a team sport. Once that surface is scratched, however, and one enters the realm of micro-level political behavior, the world of politics has, at its core, a certain sink or swim, eat or be eaten mentality. With that in mind, Miklós was certainly “swimming” within the MSZP pond at the time of the abandonment, and perhaps he created enemies in his wake.
Regardless, MSZP’s decision to disassociate themselves with the up-and-coming leader did not help them in the 2010 elections when their opposition, Fidesz, took control of the Parliament and Viktor Orbán regained his former place as the Prime Minister, which, of course, has lead to the current political conundrum that is Hungary.